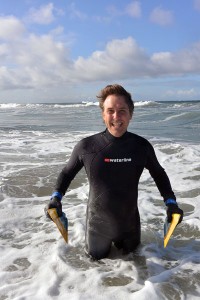 Geek
Greg Dahl has always been interested in computing. In early 1981 he was learning to program hand-held calculators and the first IBM pc’s. Art School interrupted computer science leanings until the Macintosh took over art production in the 90’s. Quark and print dominated his attentions through that decade. Since 2001 he has worked hard on his own and in classes at UCLA, Santa Monica College and General Assembly to learn interactive technology. He prefers to hand code and develop php sites with a back-end that require less coding skills. With the adoption of the CMS frameworks “Joomla!” and “WordPress” his web work has exploded.

Doing it
Web development is a team sport and Greg is a team player. “It starts with clients who have dreams, ideas and courage. My years of developing creative assets have prepared me to function in this arena”. During his career He has worked in more than 100 advertising agencies and design studios, most of which involve his expertise in producing art and mechanicals print. As a result of his work in the music presentation and advertising industry he has participated in the planning and execution of numerous marketing and promotion campaigns.

Greg Dahl is currently living and working in Santa Monica.